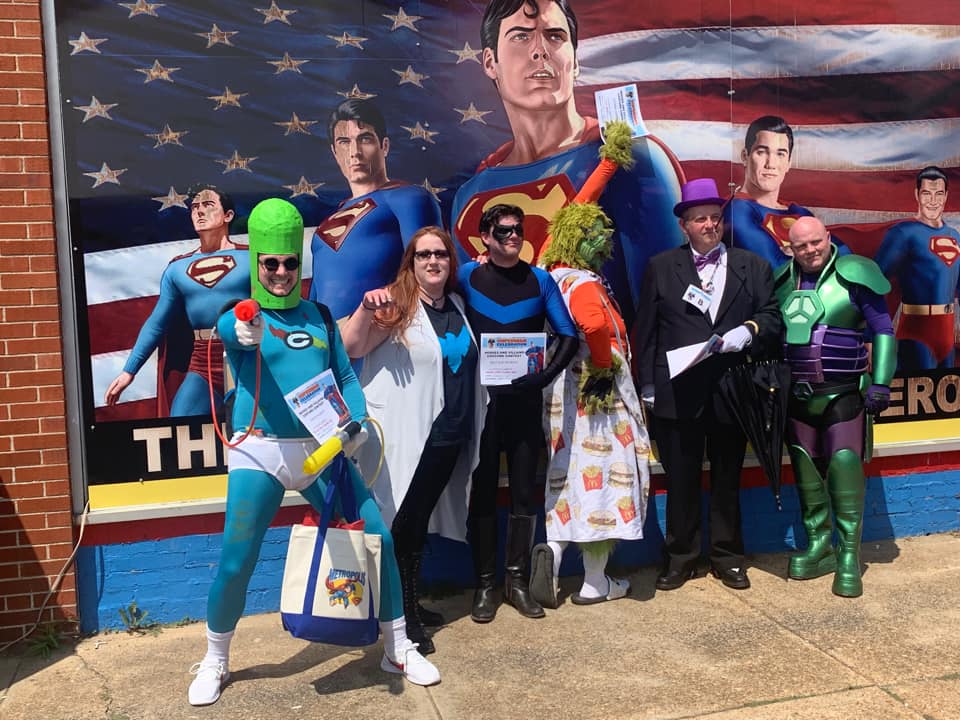 An excessively hot 95 degree day did not deter huge crowds from showing up for the annual event which had 23 competitors competing this year.

Judges for this year’s costume contest were Superman Celebration guest artists Sean Dulaney and Steven Walden with John and Dionne Gleckler – who were dressed as “Secret Origins” Jor-El and Lara – served as hosts.

After a photoshoot with all of the costume contest entrants and winners, the Superman Celebration held its official closing ceremony with special guest Michael Rosenbaum (Lex Luthor – “Smallville”) thanking everyone for participating and the encouraging to attend next year’s festival.